Blockchain technology excites me for many reasons. It is transformational and has the ability to really change things — for the better

As a part of my series about “Women Leading The Blockchain Revolution”, I had the pleasure of interviewing Irish journalist and activist Jillian Godsil Jillian Godsil.

On international Women’s Day 2021, Jillian was nominated one of 100 global women in leadership awards in COVID reflecting the 30 plus years her career spans across a global stage including Sydney, Singapore, Kiev, Austin, Muscat, Columbo, Dubai, Capetown, Liberland, Malta, Amsterdam, Vienna, Dublin and London

In June 2020 she was awarded Blockchain Journalist of the year by Uptrennds (largest blockchain social platform). In 2019 she was nominated for the national Irish IMRO radio awards, made the top 100 Global Blockchain Leaders list by Lattice80 and was named AI and Blockchain Journalist of the Year at the CC Forum in London. In 2018 she was awarded the Order of Merit by the President of Liberland. She is a passionate advocate for blockchain, a seasoned professional in fintech and internationally recognised champion for equality — whether in homelessness, gender or the law.

She changed the law in Ireland in 2014 and is a former European Parliamentary candidate (as an independent).

She is a co-founder and editor in chief of Blockleaders.io. She is the author of more than 18 books.

Thank you so much for doing this with us Jillian! Can you share with us the story of how you decided to pursue this career path?

I have always been a writer; I knew it was my calling from a very early age. Accordingly, I read History and English at Trinity College, Dublin — a degree course that I loved. I used to say of my time in Trinity that those four years were the best years of my life. Then as I was approaching my finals, I really was unsure of what I wanted to do next. Back in those days JP Morgan was a big recruiter in the college, and it was by chance that I decided to apply to work for them. I went through the options on the application form — sales and trading, way too scary, corporate finance, I’d no idea what that entailed and finally systems. I really had no idea what systems meant but I also felt I wasn’t expected to know either (this was back in 1987 when personal computers were only starting to come into popular use) and so I ticked that box.

I was offered the job and joined JP Morgan as a graduate systems analyst in London when my I completed my finals. I loved London, working for JP Morgan and the work environment. However, I wasn’t a very good programmer or indeed systems analyst. It took me three years to figure this out and so when I got offered an opportunity to move to Syndey Australia and start again, I grabbed my chance with two hands.

At this stage, I knew I loved writing, loved working with people and knew enough about technology to be dangerous. The obvious move was into fintech pr — or advanced technology as it was called then. I interviewed with a specialist fintech PR company and loved my new job — writing about technology rather than coding it. Three years later I moved to Singapore and stayed in this industry, becoming a director for a major American PR company, where I stayed for two years.

After ten years away I returned to Ireland with my husband and two children. I set up my own PR agency and was living a lovely life. We bought a big ruin in the country with plans to run it as a guest house.

But, in 2008 I hit divorce and recession. I could not cope with both.

There had a large mortgage on our country house (half the value of the house). With the divorce, my ex husband went back to the UK and went bankrupt, thereby giving the entire mortgage debt to my two girls and me.

In 2008 there was a hard crash happening in property prices. I tried to sell the house and made a video that went viral. I got a cash offer of €500,000 but the bank refused consent to sell as the mortgage was more. The bank preferred to repossess the home and sell it for €165,000 the following year. (It is now back on the market three years later at €550,000)

In the interim I became politicized. I lost my business and it collapsed, bailiffs called to the door and I lost everything. But I also became aware of the false narrative that began to take shape — “that people were gaming the system and messing with moral hazard”. There were also a rising number of financially inspired suicides. I got angry. I got very angry.

So I started ranting and raving at every opportunity — and I had a lot. This was around 2012 and most people were still being ‘shamed’ at failing financially. I went loud and proud and said that while it hurt a lot to lose everything that I had done nothing wrong and was not ashamed.

In the end, I was the first female bankrupt under the new insolvency laws in 2014. I was not allowed to run for public office under archaic Victorian law. I then took the Irish government to the High Court and all the way to the Supreme Court claiming that my constitutional rights were being infringed. I won.

Then I had to run — after all I had won the right.

So, I ran in the European Parliamentary elections in 2014 and while I did not win a seat I earned 11,500 votes.

This is where blockchain came in. I been through the ringer and was hung out to dry. I thought that life could offer me no more. I was at a standstill — or worse a personal recession.

Then I met blockchain in September 2017 and I said to myself — “Mama I’ve come home. Now is my time to shine.”

What lessons can others learn from your story?

Never give up. As Churchill famously said — when you’re going through hell, just keep going.

Can you tell me about the most interesting projects you are working on now?

I am working on a project to provide privacy in DeFi — this is crucial as privacy is core to democratic society. This project is called Panther Protocol. I am also working on a faith based blockchain — Marhaba DeFi — as I believe it is important that everyone can have access to this transformational technology and finance. Another important project I am working on is Sonic Capital which is looking at how to invest in ESG projects through blockchain.

My children, who are now adult women, were and continue to be, the most influential people in my life. When times are tough and I feel like giving up, I look at them and know why I keep on going. Now they are adults I really enjoy their company and encouragement.

What are the 5 things that most excite you about blockchain and crypto? Why?

Blockchain technology excites me for many reasons. It is transformational and has the ability to really change things — for the better

What are the 5 things worry you about blockchain and crypto? Why?

I am not worried about blockchain and crypto itself. I don’t like the ponzi schemes that spring up in its wake — things like One Coin. And it’s not good to the rugpulls in the current anonymous DeFi market. These issues will be ironed out in time

How have you used your success to bring goodness to the world? Can you share a story?

I use my voice — as a journalist, broadcaster, and author — to talk about injustice. I also use my platform to advocate for women in blockchain.

As you know there are not that many women in your industry. Can you share 3 things that you would you advise to other women in the blockchain space to thrive?

Can you advise what is needed to engage more women into the blockchain industry?

What you can see, you can be. So if you work in blockchain, make sure you actively attract women to work and collaborate with you.

What is your favorite “Life Lesson Quote”? Can you share a story of how that had relevance to your own life?

My mother would quote — ‘Ever onwards and upwards, maybe sideways but never backwards.’ And it is important to keep on going. Most things in life are not easy so you know that showing up is half the battle. The only point is that sometimes it can be hard to see how far you have come — take a moment to look back and then your journey will be apparent. Well done you!

As I said at the outset, I am writer — writing brings me much joy. I’d love people to join me on my platform Blockleaders.io and help tell more stories about this amazing space

Wisdom From The Women Leading The Blockchain Revolution, With Jillian Godsil of Blockleaders.io was originally published in Authority Magazine on Medium, where people are continuing the conversation by highlighting and responding to this story. 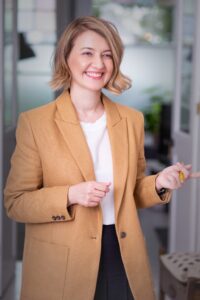 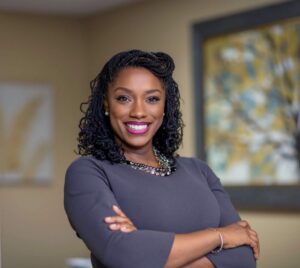 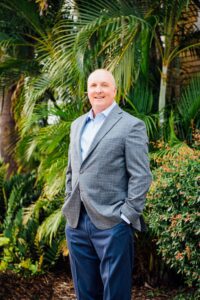 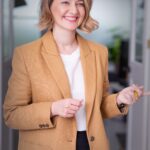 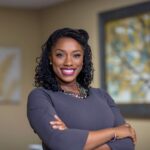 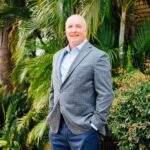 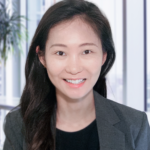 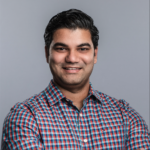 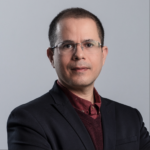 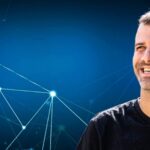 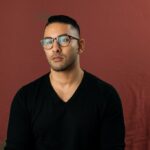