The Future Is Now: Jon Squire of CardFree On How Their Technological Innovation Will Shake Up The Tech Scene

Fear of the unknown or new is always the challenge with technology. One of my favorite lines from Money Ball is “I know you’ve taken it in the teeth out there, but the first guy through the wall. It always gets bloody, always. It’s the threat of not just the way of doing business, but in their mind’s, it’s threatening the game.” The same holds true for our space, people fear losing staff or identity theft or card data in the clear. The fact of the matter is that this will only increase volume and staff with turnover, making cards more secure and obfuscated via mobile. Customer interaction is better overall when the customer drives when and what they want vs. waiting for someone to swing by for their second martini.

As a part of our series about cutting edge technological breakthroughs, I had the pleasure of interviewing Jon Squire.

Jon Squire has more than 19 years of business, marketing and product development experience in financial services and emerging technologies. Jon founded CardFree in 2012 with the vision of filling a gap in the marketplace for an integrated commerce platform for large merchants.

Prior to CardFree, Jon served as CMO at CorFire, SK C&C’s global mCommerce division, where he managed sales, business development, strategy and marketing. Jon was also SVP of Mobile Payments at mFoundry where he helped create the first mobile wallet initiatives in the U.S. with retailers, carriers and financial institutions. Between his work at CorFire and mFoundry, Jon has been involved in the two largest mobile payments programs in the nation.

Jon has consistently driven innovation and created world-class product offerings in new categories. He launched the first national mobile P2P offering in partnership with Sprint and PayPal and is well known for his leading-edge work with NFC, barcode and alternative technologies that integrate with the point of sale. Earlier in his career, he also led mobile/e-commerce payment initiatives for Wells Fargo and ran E*TRADE Advisory Services.

If there is one common word or theme that drove my career path it would have to be frustration. The constant question of why can’t we make things more efficient and as frictionless as possible for a customer has been the driving force for everything, I have done in the last 25 years. Whether in financial services and providing investment advice to folks who were largely ignored by investment managers, to enjoying the most seamless dining experience at your favorite restaurant, I have always looked to the technology at-hand to streamline old processes.

The most interesting stories would probably lead to some legal fun, but I can share an early story that helped shape my career. I’ve always been a competitive person, so when graduation came around and most of my friend’s had landed ‘great’ jobs on Wall Street, and I — being a political science major with no real economic knowledge — decided I should be able to do the same. The problem was that I had no connections and no relevant experience or education. What I did have was a kick ass recommendation letter from a State Senator in Pennsylvania — the youngest to ever be elected — whose campaign I had helped run during my Senior year.

Every one of the top 10 banks passed on me, but one. I knew I had to crush the interview to have a chance. After three rather dull hours of being poked and prodded by people who clearly had better things to do, I was left waiting for the big finale — the COO of the bank who personally was picking the candidates for this new program (only 12 would make it out of hundreds applying). After about 10 minutes of niceties and practiced patience, the COO leaned back and asked, “Son, I appreciated the recommendation, which is the only reason you’re sitting here, but you clearly don’t know anything about financial services and are here to prove something to yourself or someone else. That being said, you’re not qualified and unless you have some secret talent I should know about, it’s been nice meeting you.” I was caught off guard but appreciated the honesty. I had noticed the very large bookcase this gentlemen possessed when I walked into the room and knowing there was nothing left to do but make a joke, I said, “I noticed you’ve got Atlas Shrugged on the top shelf behind you (he stood about 5’ 10’’ and I am 6’ 7’’), if you ever wanted to read it I could get it for you, how many other candidates that you’ve met could reach it?” I stood to leave and after an awkward pause, he broke into a huge laugh. I got the job and he told me something I carried ever since — “Never lose the ability to not be intimidated, not by the person or the obstacle in front of you.”

Can you tell us about the cutting edge technological breakthroughs that you are working on? How do you think that will help people?

Pre-COVID, we started to look the best way to minimize human interaction and empower the customer to drive the dining experience. When COVID hit, it highlighted not only the convenience of our tools, but the need for protecting the staff and customer. These tools include CardFree’s Text-to-Pay, Order@Table, Pay@Table and Curbside pick-up. All of these programs allow the customer to drive when and where — if at all — they interact with the staff and protect the ladder from unnecessary exposure. We have shown increased ticket sales by over 30%, table turn increase, frictionless pickup with ‘I’m Here’ curbside, and an ability for our brand partners to survive the darkest period to hit the restaurant industry in modern times.

Similar to how Starbucks set the bar for mobile payment and order ahead, these tools become table-stakes for restaurants, grocery and convenience stores going forward. The irony of mobile phones is that they have always driven less person-to-person live communication (think text/social media), and more of an ability for the customer to drive when and where the interaction takes place. This is not to say that the person-to-person interaction is on its way out, but rather that people would prefer to choose when and where they interact in the experience.

Keeping “Black Mirror” in mind can you see any potential drawbacks about this technology that people should think more deeply about?

Fear of the unknown or new is always the challenge with technology. One of my favorite lines from Money Ball is “I know you’ve taken it in the teeth out there, but the first guy through the wall. It always gets bloody, always. It’s the threat of not just the way of doing business, but in their mind’s, it’s threatening the game.” The same holds true for our space, people fear losing staff or identity theft or card data in the clear. The fact of the matter is that this will only increase volume and staff with turnover, making cards more secure and obfuscated via mobile. Customer interaction is better overall when the customer drives when and what they want vs. waiting for someone to swing by for their second martini.

Was there a “tipping point” that led you to start CardFree? Can you tell us that story?

After working for two startups trying to solve for mobile payments at scale in the U.S. and focused banks, carriers and merchants, in that order, it became clear we would have to start our own company that embraced merchants first.

What do you need to lead this technology to widespread adoption?

Someone to try it once. Similar to the early days with Starbucks, once someone has skipped the line or experienced the convenience of paying remotely and having your food run out to you the second you arrive, you’re hooked. Once you’re hooked you tell a friend and, as the old commercial goes, and so on and so on…

What have you been doing to publicize this idea? Have you been using any innovative marketing strategies?

In a lot of ways, initial marketing for CardFree was easy as we were the team that developed the original Starbucks and Dunkin’ mobile apps, which gave us immediate credibility. Most of our business came in-bound and through word of mouth. Of course, we executed marketing strategies that won awards, analyst outreach, consistent coverage in trade publications and influencing the influencers, but ultimately, happy restaurant partners and great consumer user experience have been the key.

I would not consider myself successful, yet. There is still so much to do and, particularly in the last year, so much to do better. That being said, my father gave me confidence and my mother gave me the tools I would need to succeed. My mom raised my brother and I on a Teacher’s Aid’s salary and never let us settle for the scraps the world will throw your way.

That is the question we come back to each and every day. As a company we’ve been lucky enough to leverage the success large clients have brought us to help sustain the small, local restaurants with free tools during this brutal period. As a person, I try to share the ‘success’ through coaching (sports), local charities, and employing folks through a tough time. We promised to not lay off anyone during COVID and have been lucky enough to live up to it.

1) Lack of experience is an asset if you listen. 2). Be curious in everything you do. 3) Assume anyone who says ‘that’s the way it’s done’ doesn’t care. 4). Trust your gut, focus groups are for people who don’t want to get fired. 5) Hustle.

“Don’t worry about this one. If you miss it, we lose.” We grew up caddying and this quote from Caddyshack became the beacon for folding under pressure and also realizing that pressure also brings humor — to enjoy both is as good as it gets.

The Future Is Now: Jon Squire of CardFree On How Their Technological Innovation Will Shake Up The… was originally published in Authority Magazine on Medium, where people are continuing the conversation by highlighting and responding to this story. 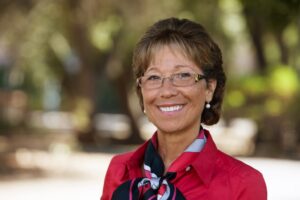 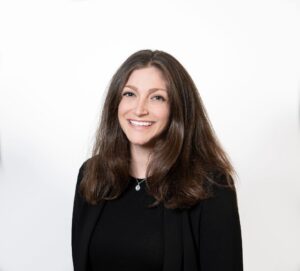 Wisdom From The Women Leading The VR, AR & Mixed Reality Industries, With Danielle Burnstein of… 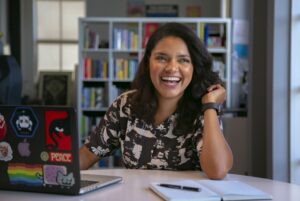 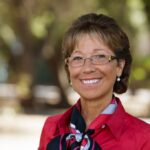 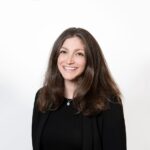 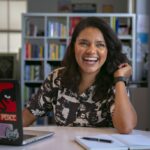 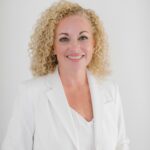 Melissa Miller of Gratitude Investors: Giving Feedback; How To Be Honest Without Being Hurtful 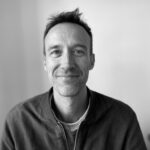 The Future Is Now: Ben Stallard of Hotspring On How Their Technological Innovation Will Shake Up… 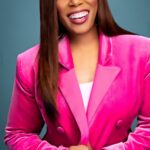 Sonia Jackson Myles of The Accord Group: How Diversity Can Increase a Company’s Bottom Line 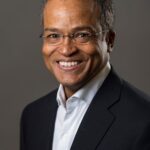 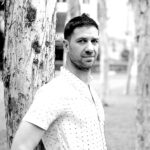 Non-Fungible Tokens: Christophe Verdot On The 5 Things You Need To Know To Create a Highly…