Be curious- curiosity keeps your mind active vs. passive. It allows you to imagine the impossible and drives you into the unknown, which is where discoveries happen.

As a part of our series about business leaders who are shaking things up in their industry, I had the pleasure of interviewing Thomas McLeod.

Tom McLeod is a 5x founder. Most recently, he was the CEO and Founder of Omni (exited to Coinbase in 2019). Currently, he is building Arkive, unlocking the value of Smithsonian-like museum treasuries by letting members curate a distributed collection of offline valuable cultural artifacts. Prior to Omni, he founded Pagelime (acquired by SurrealCMS in 2015), LolConnect (acquired by Tencent in 2012), and Imaginary Feet, which developed 15+ profitable iPhone apps enjoyed by over 10 million users. Along with a passion for tech and the arts, Tom has a dedicated interest in service and supporting diverse communities. He sits on the board of Camelback Ventures and advises numerous founders and startups. Originally from Plainfield, NJ, he and his family recently relocated from San Francisco to Santa Monica, where you can find him in search of his new favorite mall and movie theater.

My story begins when my parents were school teachers. They worked an exorbitant amount to put me in a fancy school, but by the second grade, they realized the quality of education was not particularly better than less prestigious ones. Instead, they enrolled me in a creativity-focused school that specialized in the arts and sciences. It opened my eyes to the world of computing and the possibilities of what the internet could become.

In college, I majored in audio engineering and started a recording studio and small record label that I ran until 2008. At this time, the music industry was changing significantly, and Web 2 was really taking off. I started to shift my focus from album creation to platform creation for artists. I realized that building out custom MySpace pages was a surprisingly lucrative business. A few years in, the business evolved into a SaaS content management company to help small business owners make changes and update their websites.

When the iPhone AppStore emerged, we expanded into app development, launching 17 apps in 3 years. Simultaneously, my wife and I moved from DC to SF, significantly downsizing our life and putting a large majority of my belongings in storage. Five years later, I realized I had been paying to store these items I had never been back to enjoy. That’s when it hit me; if I could have seen all of these items in storage, I would have been able to use them more, sell them off, or just simply do more than have them collect dust.

That’s when Omni was born, the DropBox for urban living. This platform created a way for users to see what they were storing. What surprised me most, however, was that people found value in simply having a secure location. While I originally envisioned this as a place to store utilities you would only need on occasion (think camping gear for the urban dweller), it grew into a curated and vaulted museum right before my eyes. Everything from original sealed Nintendo units to rare sneaker collections were coming in. These were the things that people cared most about and paid money to store. This always stuck with me — the items they were storing were the things they loved and were passionate about, things they were experts in, but things they weren’t necessarily scaling. These little rooms in Omni, where people were storing pieces of amazing memorabilia, culture and art, inspired the genesis of what would become Arkive.

Arkive is rethinking the way the world interacts with the art and artifacts that define human culture. We’ve created a platform that lets everyday people curate and create culture while providing access to the most exclusive asset class ever created — art.

Since the first museum opened in 1693, curated spaces have remained the arbiters of culture worldwide. From the Louvre in Paris to the National Palace Museum in Taipei and the Metropolitan Museum of Art in New York, museums have become some of the most iconic symbols of contemporary culture. Yet, despite representing the history and taste of entire populations, none have completely opened their doors to decentralization. Traditionally, museums use curators to decide which artifacts are important and worthy of display. As a result, the artifacts we see that are meant to represent the culture of the many are largely still determined by the few.

Arkive is the first entirely decentralized physical museum redefining what it means to be part of defining the narrative of culture. It’s allowing our community to vote and ultimately build world-class collections. We’re answering the simple question: what if the Smithsonian was owned and curated by the internet?

Aaron Batalion was there as a sounding board and mentor at the beginning of both Omni and Arkive. He was one of the founders of Living Social and has had a similarly unique professional experience as me. Never sticking to one lane and always evolving his work alongside his personal interests. He’s helped me think through setting long visions and some of the early technical hurdles I would encounter. Also, when I first moved to SF, he and Micah Baldwin (another mentor) used to throw donut meetups down in the peninsula on weekend mornings. It was nice to have a small network of friends one generation ahead of me when I was 25 and basically winging entrepreneurship every day.

Art is meant to be disruptive, challenge conformity, and provide alternative perspectives. However, as it currently stands, the majority of the art world is defined and curated by a small group of individuals. This homogeneity leads to a lack of diversity in not just selection but in what it means to define cultural relevance and the history of art.

While the art world — and the art within it — has withstood the test of time, I think that way of thinking about collecting art fundamentally limits our ability to see advancements. Who is to say Beethoven is more important than Drake? Who is to opine that the patent for the first computer is more worthy of display than the first Burton snowboard prototype? The answer is the community.

Just a few months after launching out of stealth, Arkive is well on its way to finalizing its first member-curated collection and we’ve debuted at Art Basel Miami Beach — one of the most defining art events of the year. Simultaneously, we are exploring ways to further democratize access to the appreciating asset class of art with more physical and digital experiences.

A friend’s father passed away a little over a decade or so ago, and he updated his Facebook status to simply say, “Keep Punching — [Dad’s Name].” I have no idea why it’s always stuck with me. So many times, I’ve felt like there have been obstacles and stumbling blocks on the path to accomplishing anything, and this idea of just simply taking another swing has managed to get me back in the fight more times than I can count.

We are all artists, and art comes in so many different forms. We see it often in traditional forms like music, painting, literature, and cinema, but today we have so much more access to digital art, creators and curators. My movement would be to inspire people to never stop creating art. And, importantly, never stop sharing it.

Meet The Disruptors: Thomas McLeod On The Five Things You Need To Shake Up Your Industry was originally published in Authority Magazine on Medium, where people are continuing the conversation by highlighting and responding to this story. 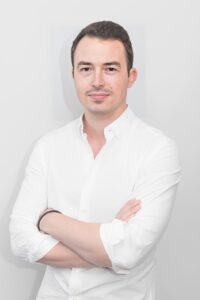 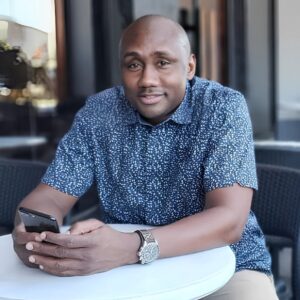 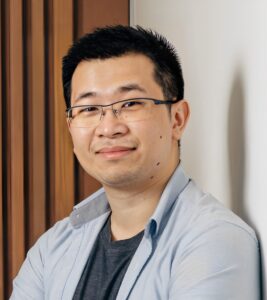