Integrity is vital. You cannot be successful if no one trusts you, and your reputation can be easily damaged. When something goes wrong, be upfront about it. Bad news is not like fine wine, it doesn’t get better over time.

I had the pleasure to interview Mark Schonberg. Colonel (Retired) Mark Schonberg of, CSO of 2b3d.com is currently a Principal Partner and Managing Member of Renewable Energy Park, LLC, a company that specializes in the development of critical infrastructure and the associated eco-systems for industrial parks, transit/logistics hubs, digital infrastructure, and utilizing renewable power within those eco-systems.

A native of Council Bluffs, Iowa, he holds Masters Degrees in Information Systems and Strategic Studies, and received his bachelors from Iowa State University. During his military career he served in various locations to include Korea, Germany, Belgium, Africa, Afghanistan and numerous U.S. locations.

He recently served as the President of TerraScale, LLC, a Green Technology Company determined to answer to the world’s growing need for digital infrastructure (data centers) and sustainable energy by delivering a platform for enabling emerging Smart Technologies.

His Army career highlights include serving as the U.S. Army’s Cyber Capabilities Development and Integration Director (CDID), the Army Cyber Command’s Deputy Chief-of-Staff and Chief Information Officer/G6, the ISAF CJ6 Operations and Plans Chief in Afghanistan, and the United States Forces, Korea, Command, Control, Communications, Computers and Intelligence (C4I) Joint Working Group Co-Chairman and the Director of Task Force Mercury in charge of the C4I build-out in support of the $16 billion Yongsan Relocation Program. His last assignment was as the U.S. Africa Command’s J63 — Plans and Operations Director in charge of all Defensive Cyber Security Operations and Network Services across Africa and Southern Europe.

Thank you for joining us in this interview series. Our readers would love to “get to know you” a bit better. Can you tell us a bit about your ‘backstory’?

I graduated from Iowa State University in 1990, and went straight into the U.S. Army as a 2nd Lieutenant in the Signal Corps. At that time it was fine to be a political science major in the Signal Corps because all you managed was analog radio systems. However, around 1993 the Army decided to place the responsibility for management of all the IT systems within the Signal Corps. Thus began my journey as an IT service provider, which eventually lead me to managing global IT services. Around 2008, I was recruited to work in this new area called Cyberspace. I was eventually made responsible for developing all cyber capabilities within the Army. Just when I thought it was time to retire, I was asked to move to Korea and take over the IT portion of the $16 Billion Yongsan Relocation Program, moving U.S. Forces out of the capital of Seoul to a new site 45 miles South near Pyongteak. The IT/Cyber portion of the program was ~$1 Billion, and we built one of the first truly Smart Cities.

You’ve had a remarkable career journey. Can you highlight a key decision in your career that helped you get to where you are today?

Very early in my career I started volunteering for all the technical training I could get. As an Officer, I was not expected to be very technical, but the leadership insights I gained by understanding the technical aspects of the position were invaluable. Do not be scared of technological advancements. Jump in there and figure it out, at least to the point where you understand the processes associated with the capability.

What’s the most impactful initiative you’ve led that you’re particularly proud of?

The aforementioned Yongsan Relocation Program was amazing. It is the largest construction project outside of the United States aside from the Panama Canal. It will be there for years to come and required me to utilize the many skillsets I’d developed during my 34-year Army career.

Sometimes our mistakes can be our greatest teachers. Can you share a mistake you’ve made and the lesson you took away from it?

Logistics are everything! Many of my early failures simply revolved around the ability to sustain what we had done. You can have the greatest IT product ever, but if only you can operate it, then it is never going to work. Things have to be sustainable.

How has mentorship played a role in your career, whether receiving mentorship or offering it to others?

One of my best talents is recognizing the skills my team have possessed. You cannot make people excel in positions they do not have the desire or aptitude to perform. Most IT service technicians have no desire to be a manager. Yet I have seen it again and again, where you take your best IT person and make them a manager and they fail. So as a mentor, you need to challenge those you know can do more, while recognizing those who are operating in their best positions. Do not be afraid to make adjustments.

I do not have a specific person I have modeled my style after, but I do believe that leadership needs to be seen. Some refer to it as leadership by walking around.

Thank you for sharing that with us. Let’s talk about scaling a business from a small startup to a midsize and then large company. Based on your experience, can you share with our readers the “5 Things You Need To Know To Successfully Scale Your Business”? Please give a story or example for each.

I’m not sure there is much of a difference between small, medium, and large companies, but here are a few thoughts:

1- You have to be happy with the team; regardless of size. If you are not happy or worse yet you do not trust your work partners, then leave immediately. I was talked out of leaving my last company by my co-workers and then proceeded to have 6 additional months of misery. Yes the pay check was nice, but the stress was counterproductive and I found myself just working for a paycheck. It’s not fair to anyone.

2- You have to be able to manufacture. Now this doesn’t literally mean manufacturing, although it might in some cases. What I am trying to say is you cannot produce, deploy, and most importantly sustain your product or capability if you cannot get it from the whiteboard to the market. You might have the greatest scientist in the world, but if no one knows how to implement an assembly line, your product never goes beyond prototyping.

3- Stay lean. Salaries can break a company, but in many cases start-ups can’t afford salaries. Offer equity or some other types of incentives to keep quality people. Almost as important is do not overpay for people who help you out only once, and then stand there with their hand-out. If you have committed to pay them fine, but do it last and not at the expense of the rest of the company. Many times it is better to contract out initial functions and then in source where appropriate down the road.

4- Stop and think. Hardly anyone I have met truly has a strategic plan. They may have identified an end-state they want to achieve, but rarely have a plan beyond the next challenge in front of them. Having a plan affords you the ability to examine other opportunities along your company’s journey. In many cases you can enhance your core value streams with the integration of support processes.

5- Integrity is vital. You cannot be successful if no one trusts you, and your reputation can be easily damaged. When something goes wrong, be upfront about it. Bad news is not like fine wine, it doesn’t get better over time.

Can you share a few of the mistakes that companies make when they try to scale a business? What would you suggest to address those errors?

Failing to identify adequate resources for your project is a cardinal sin in my book. Something will go wrong or an unexpected cost will appear. You should plan for such contingencies.

Make sure everything you do is sustainable. The idea of wash, rinse, repeat should be your mindset in most engagements.

Scaling includes bringing new people into the organization. How can a company preserve its company culture and ethos when new people are brought in?

I firmly believe no one (or at least 99% of people) shows up to work wanting to do bad. So assuming you have selected the right person that possesses the aptitude and skills for your positions, I believe communicating is key for on-boarding new personnel. This can be hard, but the more you expose team members to the organizational goals, the sooner they can find their place.

In my work, I focus on helping companies to simplify the process of creating documentation of their workflow, so I am particularly passionate about this question. Many times, a key aspect of scaling your business is scaling your team’s knowledge and internal procedures. What tools or techniques have helped your teams be successful at scaling internally?

Great question, I think it revolves around knowledge management, and by knowledge management I do not mean access to SharePoint. I mean development of things like a continuity file, Records Management systems, and other things that allow for the easy integration of new personnel. These products can also allow you to review your organization structure and see where changes should be made. For example, I hired 10 project managers, but only have 7 engineers and multiple engineers are needed on each project. If you can afford it, having someone fully dedicated to knowledge management can pay great dividends, and you’ll also see that there is immense value in the data you have already collected.

I also believe in having a Quality Assurance program, especially one that incorporates third-party feedback.

What software or tools do you recommend to help onboard new hires?

This is situation dependent, but obviously some sort of basic collaboration tool set is needed. I have never found one magic bullet in terms of a software solution.

Because of your role, you are a person of significant influence. If you could inspire a movement that would bring the most amount of good to the most people, what would that be? You never know what your ideas can trigger.

My friends will tell you I am a big Star Trek guy. That vision of the future is where I want mankind to go. I believe the first step in that journey revolves around free power for everyone. Today, we have no excuse for not having free energy. This would enable things like free internet, which then enables telemedicine, electric vehicles, etc., etc.

In the case of 2B3D, it would offer our PTSD treatment services anywhere in the world. It’s not hard, we just need to make up our minds to do it.

Mark Schonberg Of 2B3D On 5 Things You Need to Know to Scale a Successful Business was originally published in Authority Magazine on Medium, where people are continuing the conversation by highlighting and responding to this story. 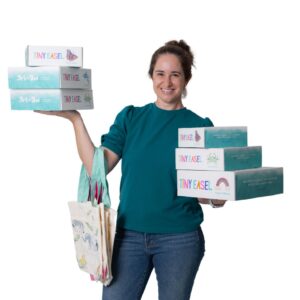 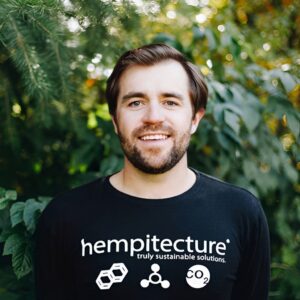 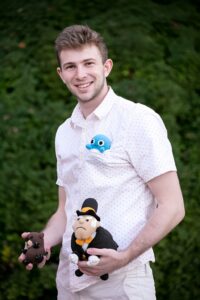